This search form uses an instant search feature. As you type, search results will appear automatically below the search field. When you've entered you desired search terms use tab to navigate through the available results and hit enter to open the selected page or document.
EDIT MAIN

August 6, 1898 — The German Baptist Brethren of Powell Valley (later known as “Church of the 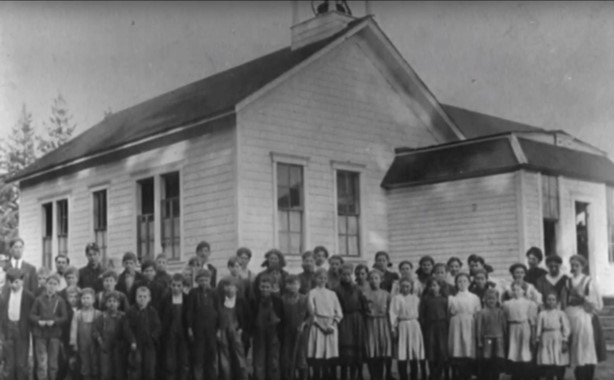 Brethren”) was deeded a piece of land near the Damascus Pioneer Cemetery.

1898-1908 — The Damascus church became a mission of the Portland “Church of the Brethren”.

December 22, 1946 — the congregation was organized as an interdenominational church with 32 members.

April 4, 1947 — the 1898 property deed was transferred to the new Damascus Community Church. The late 1940’s and 50’s were marked by active Bible study groups and other ministries. The physical facilities were enlarged. There was joint participation in Youth for Christ with the Sandy, Barton, Haley, and Sunnyside churches.

1955 — Mr. Guilford S. Martin served as pastor, until 1965. In the late 1950’s, additional “annex” property (formerly Damascus School) was purchased and a parsonage was added.

1967 — New property for expansion was decided upon, and construction on the new Rust Way (our present facility) building began in April 1968.

1979 — A new constitution was adopted for DCC, bringing about a transition from congregational to an elder form of government.

1980’s — Growth in the church and overcrowding led to purchase in 1981 of property on Armstrong Circle for a new potential church site.

January 2004 — Facilities are undergoing upgrades and January 2004 saw a new Library Building installed on the site.

2005 – Fellowship and assimilation have been encouraged through our adult Community Groups. Implementation of commissions continues, involving members of the body in the administration of various ministries. An architect has been hired for the development of a concept master plan for grounds and facilities, to better enable ministries now and into the future.

2008 - New outreach efforts continue to develop for our community and around the world. Andy McClellan joins the staff as Pastor of Outreach Ministries

2017– DCC’s mission, vision and value statements are changed. The church’s growth and ministry needs necessitate a new building. The elders lead the congregation to begin praying for wisdom and resources for a new building to facilitate ministry (Building on Faith).

2018– The elders report that we are in a season of change and call the church body to pray for God to lead us in the midst of good, inevitable change.